The Middle East is either on the eve of a new round of tensions, which threaten to ignite global conflict, or of a transformation into a successful, developing region.

The question is not an idle one, because if you get out of the web of fake news and malicious or involuntary lies, then the contradictory, multidirectional trends in the current development of the Middle East become more apparent.

Of course, the first question is whether we can even talk about the Middle East as a single, integrated region. The fact that the geographic borders of the Middle East are more or less defined does not help us much in finding an answer, because political, social and other processes, whether voluntarily or involuntarily, take into account countries which do not belong to the geographical Middle East. Some even use the term Greater Middle East, in an attempt to reflect the region’s complex and intricate cohesion.

It is quite obvious that even within the framework of the Middle East itself, enormous transformations are underway, although the countries of the region are sometimes moving in opposite directions. The UAE shows us one direction of development, Egypt another one, and Turkey a third one. And there are clearly more than three types of development. But with all this diversity, it is nevertheless necessary to find an answer to the main question: what is the future of the region, and is there any chance to put an end to many years of instability?

Undoubtedly, there are reasons for optimism. First of all, because the modern world, of which the Middle East is a part, is extremely interdependent, and, with all the insufficiency of global governance – seeks to minimise and limit conflicts. Not a single modern global player – neither Russia, nor the United States, nor Western Europe – is interested in catastrophic scenarios. Of course, one can always say that the applied efforts are insufficient and that everyone has his own interests, but there is no reason to suspect the aforementioned players of any terrifying conspiracy.

Moreover, the countries of the region, while sometimes themselves demonstrating very cruel methods when conducting politics, still try not to cross the red line. A rather striking example is the recent aggravation of relations between Iran and the United States. In general, after the defeat of the main ISIS forces  , there is no noticeable escalation of military operations per se. Unfortunately, we cannot talk about a complete ceasefire either.

The reasons for optimism include the economic growth of a number of countries in the region and its immersion in the modern global communication environment. Despite leading to its own array of contentions, this offers the people of the Middle East a wider informational context and to a certain extent enlightens them, particularly the younger generations. Against the background of the ongoing disintegration of traditional society in the Middle East, we can see that the younger generations are making themselves heard and insisting on creating conditions more similar to the living standards of the developed countries. Socio-economic problems, the ossification of the elite, a lack of clear prospects and an uncertain future are pushing people to take to the streets and to protest, sometimes quite aggressively. Examples of this can be found in many countries there: Lebanon, Iran, Algeria and others. While, on the one hand, this is a threat to order, since it indicates a decline in the mechanisms of youth socialisation, on the other hand it gives hope that fresh social forces will make the ruling elites take the necessary steps to ensure sustainable development and find a compromise with the active part of the population.

Alas, there are many reasons for pessimism. The same youth protests contain a powerful destructive impulse, since in many cases they lead the same young people to join radical and extremist organisations, and to engage in terrorist activities. Unfortunately, the transformation of traditional societies in the Middle East, the destruction of the traditional family and religious system transform tens, if not hundreds of thousands of young people into a ready-made flock for radical preachers who use them as cannon fodder.

The increase in the number and variety of conflicts is no cause for optimism. While, as noted above, in general almost all forces show a certain degree of restraint, it may turn out that this restraint is not enough. The line separating today’s “moderately limited” (it is rather creepy to use such an expression) violent conflict from a radical and irreversible escalation ultimately resulting in a major war is rather thin. In any case, the reaction of markets and public opinion to any aggravation shows that the danger is real enough.

Another risk is that the region is torn by conflicts of various origins: religious, social, ethnic, state, economic, even cultural and historical. Their interweaving is truly impressive and often creates almost insurmountable difficulties in attempting to resolve them. The situation in Iraq, for example, is a vivid illustration of this.In general, it is difficult to answer unequivocally the question: on the eve of what is the Middle East? Especially when you consider that the circumstances I have listed above are far from exhaustive. There are still many factors that must be taken into account. Just listing them would take a lot more than this article. But although no one has a panacea, the politicians and academics from different countries, including those from the countries of the Middle East, still have the opportunity to talk to each other. And this is definitely better than shooting, although sometimes the outcomes of debates may be rather unexpected. But let’s hope that at the upcoming Valdai Club conference, titled “Middle East in a Time of Change: Towards New Stability Architecture”, the conversation will be quite constructive. 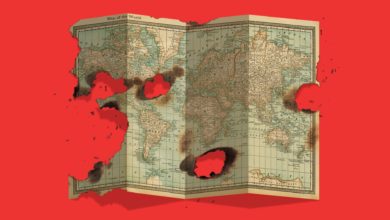 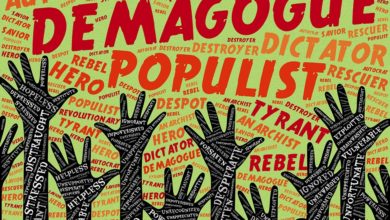 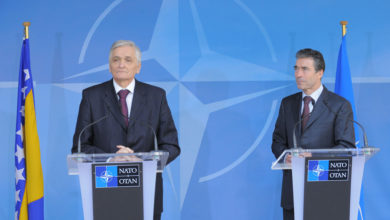 NATO membership could lead to breakup of Bosnia & Herzegovina 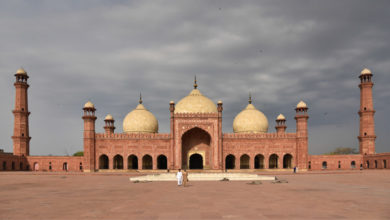 Hydropower in Central Asia: investors will come if they see profit
February 22, 2020

Hydropower in Central Asia: investors will come if they see profit