I first visited the United States in 1965 on a student scholarship funded by a generous Boston philanthropist. Ever since that trip, which took me from New York to California to Alabama and back, I have been a confirmed Americophile. I love the country and have visited it more often than any other outside Britain and Western Europe.

I admire the US for its culture, entrepreneurialism, and universities, and I have many American friends. Furthermore, I know how grateful the rest of the world has to be for US leadership after World War II. Never before had a victorious power behaved so generously toward others, including the defeated. We owe so much to US policy in the second half of the twentieth century. But although I am no declinist regarding American economic, intellectual, and military power, the country’s soft power has certainly decreased, and its positive influence around the world has declined.

The reason for this is simple: US President Donald Trump is a bad man surrounded by a bad team of incompetent and dangerous ideologues. He is a loutish threat to all that has made the world a better, safer, and more prosperous place – above all, cooperation among nation-states, a global rulebook, and a widely shared aspiration for economic and political freedom.

So I love America, but I cannot stand its president. I guess I will just have to wait out Trump’s term in office and hope that the US electorate sends him packing in due course. My paradox will, I hope, be resolved through the ballot box.

Alas, I am confronted by a similar paradox in relation to China. I admire the country’s great civilization, its art, calligraphy, and science, and its intellectual contributions to humanity. Ever since I first visited China in 1979, I have read books about its history obsessively. And I regard the exiled author Ma Jian (whose novels are, of course, banned in China) as one of the finest novelists of the past 50 years.

At the same time, however, I detest the record of the Communist Party of China. In particular, I am saddened that after years of steady improvements in economic policies and political direction under Deng Xiaoping, Jiang Zemin, Zhu Rongji, Hu Jintao, Wen Jiabao, and others, China’s current president, Xi Jinping, has turned back the clock, seeking to restore tight authoritarian control.

Moreover, Xi is deploying cutting-edge technology to reinforce his dictatorship. To see it at work, one need look no further than Xinjiang, where a ruthless surveillance state is oppressing millions of mainly Muslim Uighurs, and seeking to obliterate their cultural and religious identity.

There is not, of course, a direct moral equivalence between Trump and Xi. But nor am I entirely sure that the US president holds liberal democratic values in much higher regard than Xi does. This uncertainty is particularly unsettling because these two bruisers dominate the international stage, and their decisions could shape the direction of the world for years to come.

I am not especially worried that the Trump-Xi trade dispute will upend the world’s economic prospects in the immediate future. There will be a deal, because Trump needs to show his supporters that he can get one done, and it will result in so-called managed trade. China’s headline trade surplus with the US will fall because the Chinese will promise to buy more soybeans and aircraft engines from America. In addition, China will offer assurances that foreigners will be able to invest in the country far more easily, and that foreign firms will no longer be asked to hand over their intellectual property to local competitors.

But there will be no fundamental change in China’s economic model. Lending will remain politicized, state-owned enterprises will still be heavily subsidized, and foreign companies will be forced out of markets until Chinese competitors can outperform them.

Meanwhile, tensions with China’s neighbors will grow – not least over China’s not-so-stealthy militarization of islands and atolls in the South China Sea. China will also make increasingly belligerent noises about Taiwan. And any slowdown in the country’s debt-fueled growth will increase the decibel count of its nationalist threats.

China and America are great countries, but they are being badly governed – one by Leninist autocrats afraid of their own shadow, and the other by a bizarre populist who prefers despots to liberal democrats. Trump endangers much of what matters to many of us: agreement on tackling climate change, boosting European cooperation, and rebuilding the prospects for peace in the Middle East – not recklessly taking sides with the Sunni against the Shia in every political conflict.

The United Kingdom is particularly vulnerable, because after Brexit we will stand alone, without our European partners. Down the road, we must hope that the crude nationalism and mercantilism of Trump and Xi do not lead to exactly the sort of great-power conflict that historians and strategists have warned about since Thucydides described Sparta’s war with Athens. For the time being, the rest of the world has good reason to hope for better and wiser leadership in Washington and Beijing – and soon.

Views expressed are of writers, rather than the IPEClub’s, unless explicitly stated otherwise.

Collective Security In Persian Gulf: Can It Fly?

Economic Impact of the AFCON Game

After Brexit, the EU’s geographic center shifts to a German field 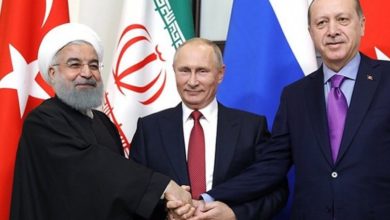 The Russia-Iran-Turkey Triangle and the Astana Format 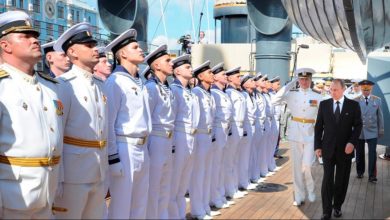 The Main Naval Parade Was Held in St. Petersburg