Cocooned as it is from the world of science scepticism, the handling of the bush fire catastrophe unfolding in Australia is going to one of the more notable (non)achievements of the Morrison government. They were warned; they were chided; they were prodded. But the measures lagged and the flames came.

To a certain extent, this remains unfair. Australian governments, across colours and persuasions, have found managing the environment a problematic, and inconvenient affair. Being a country rich in resources readymade for digging and export, environment ministers have become the executing tribunes of mining rights and interests before the preservation of flora and fauna species. Miners, rights, not Earth rights, are what counts. Talk of climate change responses is heavily weighted in favour of pro-emission and polluting measures; greening projects look like acts of ecological pantomime. Australia remains a country transfixed and terrified by Nature, even as it mangles or ignores it.

With that in mind, the flames that continue to consume Australia have not merely destroyed agriculture, property and human life; they have had an impact on animal species that remains hard to measure. As a general rule, these events now have the makings of the unprecedented, at least in terms of human records. There are fire fronts that stretch like scars of battle across terrain. Smoke plumes half the size of Europe have been noted.

Updates on the progress of the flames resemble a relentless disaster narrative. Over 25.5 million acres of land, or territory the size of South Korea, is a figure that has caught the eye of news outlets. Images from NASA’s Earth Observatory, its Suomi-NPP satellite and the Himawari 8 Japanese satellite of the Japanese Meteorological Agency, have shown the international print being left by the fires.

Little wonder that the more terrestrial assessments of impacts have turned their focus on species extinction, a point that was bound to happen given Australia’s already unflattering honour of having the highest rate of mammal extinction on the planet. They are far more than the shrieks and howls of pain coming from koalas as they are incinerated to death, or the charred remains of kangaroos left in a funereal silver-ash landscape. It is the post-apocalyptic aftermath, when species find themselves in a world of ash and remains, with food and shelter miserably scarce.

The extinction literature, speculative and more solidly grounded, is burgeoning. Six Australian professors have stuck to the safe, if dark premise by claiming in The Conversation that “most of the range and population of between 20 and 100 threatened species will have been burnt. Such species include the long-footed potoroo, Kangaroo Island’s glossy black cockatoo and the Spring midge orchid.”

Another unnerving estimate from January 3, and applicable to the state of New South Wales alone, put the toll of birds, mammals and reptiles affected by the conflagrations at 480 million. (The number did not include insects, bats or frogs.) “Many of the affected animals are likely to have been killed directly by the fires, with others succumbing later due to the depletion of food and shelter resources and predation from introduced feral cats and red foxes.”

Within five days, an updated assessment from Professor Chris Dickman almost doubled the initial NSW figures. Across the continent, a billion animals are said to have perished. In an interview with National Public Radio in the US, Dickman suggested that the figures were exceptionally staggering. “I think there’s nothing quite to compare with the devastation that’s going on over such a large area so quickly. It’s a monstrous event in terms of geography and the number of individual animals affected.”

The disaster for such species is one of ongoing affects; the fire leaves the initial destructive mark, with these being particular savage. According to wildlife rescue volunteer Sarah Price, “We are not seeing the amount of animals coming into care or needing rescuing that we would normally anticipate.” The implication is hard to avoid: “We think a lot perished in the fires.”

Some animals might well survive the scorching, but insatiable and uninterrupted land clearing coupled with the busyness of introduced fauna varieties does the rest. The impacts of fire events also remove habitat sanctuaries for wildlife, be they layers of fallen leaves, specific shrubs important as food sources, or log and tree hollows.

Should there ever be an ecological tribunal vested in powers to assess government actions over the years on the subject, the failure to put in measures to protect species from calamity may well have to top the list. A reckless, occasionally malicious stupidity might count as motivation, but by then, not much will be left to protect. Any punishment will be left without a purpose.

The management of biodiversity and ecosystems, involving measures taken to bolster and buffer against the next catastrophe – for they will be more – matter far more. The discussion, as it stands, remains asphyxiated by the smoke and rage, with an overwhelming focus on human suffering, the calls for donations to human survivors, the search for compensation. The earth and its non-human inhabitants remain the statistics of silent suffering and, after this event, some will go the way of their doomed ancestors. As ever, Australia remains, as Dickman claims, the canary in the coal mine in terms of climate effects and human response. And the canary is not looking too good. 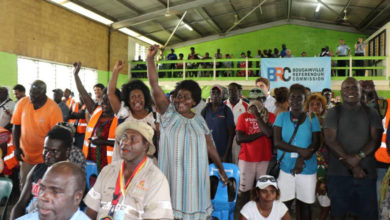 A Mined History: The Bougainville Referendum 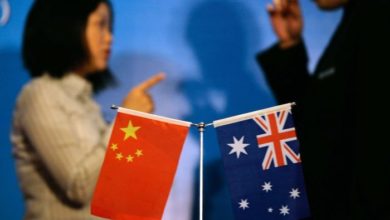 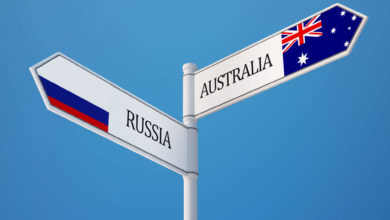 Australia’s Approach to Cooperation with Russia 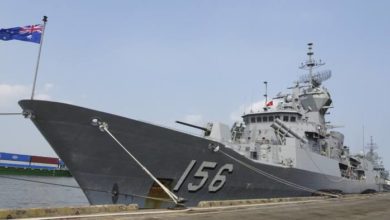 If Australia Wants Collective Defense, Then It Should Get Its Own Navy in Ship Shape

Corona as a Crown of (Neo)Modernism