The situation in Idlib could be the greatest failure of the international community in human history, according to a member of the Turkish Presidency Security and Foreign Policy Council, Akif Kirecci, who spoke to MEMO about the ongoing battle in Syria.

In the wider Syrian conflict, it is the civilians who are paying the highest price for their failed state. Chemical weapons attacks, imprisonment, torture, starvation and bereavement are all known to them. The Syrian Observatory for Human Rights (SOHR), a monitoring group based in Britain, has estimated the death toll since the start of the war to be as high as 511,000 as of March 2018. This makes the Syria war the worst man-made disaster since World War Two.

In terms of protecting the rights of civilians and preventing a further flow of refugees, Russia and Turkey agreed to create a “demilitarised zone” in Idlib in 2018. However, renewed bombardments by Russian-backed Syrian regime forces on Idlib in the past few weeks demonstrate that the regime is violating this agreement.

Akif Kirecci is keen to stress the importance of the demilitarisation agreement as far as the current situation in Idlib is concerned. The deal, signed by Turkish President Recep Tayyip Erdogan and his Russian counterpart Vladimir Putin, saw the key regional players agreeing not to allow any separatist agenda on Syrian territory.

“This agreement was a very important step to sustain a peaceful life for the civilians in Idlib,” explained Kirecci, “but the latest attacks by the Syrian regime violate what was agreed, with combatants and civilians being targeted.” The regime and its allies have “consistently” broken ceasefires, he pointed out. “They have launched frequent attacks inside this protected zone, killing at least 1,300 civilians since 2018. As such, the situation in Idlib is very complicated, especially after reports about the deaths of several Turkish troops and civilians in the province as a result of shelling by the regime.”

Turkey`s foreign policy in Syria’s Idlib, noted the senior official, is to protect the lives and property of innocent civilians in its operations. “Moreover, the recent meetings between Russia and Turkey show that Idlib will be the most important agenda item in Ankara this month.”

When asked by MEMO what Idlib means for Turkey, Kirecci said that it is his country’s red line in terms of a probable new refugee influx. “Idlib is the last fortress to prevent a new humanitarian catastrophe and a new flow of refugees heading for Turkey and Europe. Russia and the Syrian regime were both well aware that large-scale conflict in Idlib would result in massacres of civilians and a new wave of migrants, and would facilitate the infiltration of terrorist groups.”

In 2016, Ankara and Brussels signed a historic refugee deal designed to stem the flow of illegal immigrants getting into the EU via Turkey. This deal also saw €3 billion pledged from the EU, both institutions and individual states. Kirecci noted that the EU has reneged on its commitments under the agreement.

“Now, both sides are unhappy with the deal and a revision looks difficult. But, there is no doubt that Germany, which hosts nearly a million refugees from Syria and Iraq, has been a key supporter of the 2016 EU-Turkey refugee deal. Last month, [Chancellor Angela] Merkel met with Erdogan in Istanbul to discuss the migration issue.”

Pointing out the failings of the international community in Idlib, the senior official said that the Syrian crisis has implications for many other global and regional powers, including the US, the EU and Britain. “I fear that the international community will once again fail to act. In order to urge the global actors [to do something], Turkey has been warning that if the Idlib region is occupied, it will not take on the responsibility for hosting the inevitable new wave of refugees.”

No nation’s political or economic interests are more important than the national security and sovereignty of Turkey, he insisted. “Turkey already hosts 3.6 million refugees. It is the duty of ourselves and other powerful countries to ensure the safety of the people in the safe zone. Nobody should face death alone.”

There are now at least three million people in Idlib. Around one million are displaced from other areas in Syria, and nearly a quarter of a million have already been displaced this year. People are living in overcrowded camps, in dire need of food, water and healthcare, with no electricity, no running water and no sewage system.

According to the UN High Commissioner for Refugees (UNHCR), continuing air and ground strikes in Syria’s north-western Idlib region are causing massive waves of displaced persons and loss of life, not least when government troops entered the strategic town of Saraqeb, 15 kilometres east of Idlib city, the regional capital. On 7 February, the UN’s humanitarian chief, Mark Lowcock, said that the number of people displaced in the past two months alone was 586,000.

“It is hard to imagine just how much more the Syrian people can take. They have been bombed, besieged and forced to endure circumstances that do not befit human beings. Meanwhile, civilians trapped in Idlib are terrified, fearing that it is only a matter of time before their northern enclave becomes the last and most brutal frontline in the crisis.” Every day comes with a new barrage of bombing, concluded Akif Kirecci. “An attack on the region surrounding Idlib city by government forces is imminent. Idlib could be greatest international failure in human history.”

Ghana to use $1 billion to restructure power deals 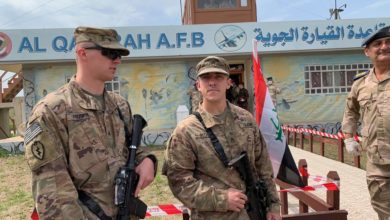 US forces hand Kirkuk base to Iraqi army 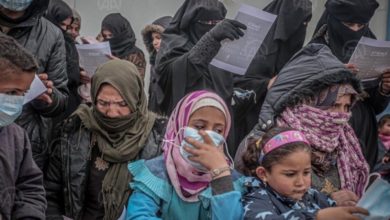 EU calls for cease-fire in Syria due to coronavirus 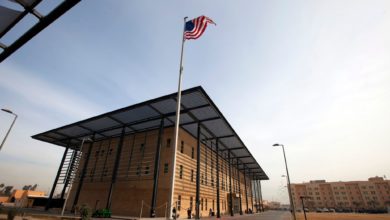 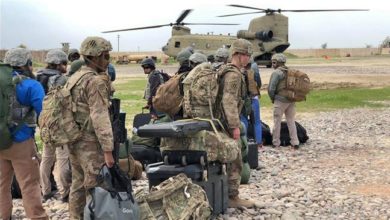