A nation’s failure is studied through many dimensions such as political, Economical, social aspects, and so on. However, I devote the rein of this article on Economic dimensions. An enormous number of literature has been done on the topic of Economic developments, Economic failures, and so on. I decided to restate, reiterate and stress some major contributors to the Economic failures of our time. Nonetheless, I stressed the very pragmatic approach towards this article in other words, I try to juxtapose those contents which crucially matter in the real world of Economics, and how maliciously they affect the Economic system. I arrange them below in orders and illustrate them succinctly.

One of the major stimulus of the current economic disorder and malperformance is to be found in Economic and political institutions. I do not ignore the political aspect here because economics and politics are marching in parallel. However, The well-known and well- read book “ why nations fail” touch comprehensively upon this concept and prioritize its much of the contents on this topic. According to Douglass North a prolific Economist “institutions are humanly devised constraints that structure political, economic, and social interactions” Constraints are devised as formal rules (constitutions, laws, property rights) and informal restraints (sanctions, taboos, customs, traditions, codes of conduct), which usually contribute to the perpetuation of order and safety within a market or society.” Thus, when we come to the realm of Economics we find that institutions are the core element of the system which adds up to the development or underdevelopment of an economy. In book ” why nations fail” the Authors delineate the institutions into two forms which are inclusive institutions and extractive institutions. Inclusive institutions are the ones which create incentives for the people to work for their prosperity whilst the other one is vice versa. Poor nations are almost deprived of these good and inclusive institutions. In other words the very basic establishment and constituent of a state is vile and evil whereas some of rich nations tried to maintain their inclusiveness in their institutions and did not let the tyranny of extractive institutions exploit them.

Slave trade and colonial system
Slave trade became very common in era of colonialism and it got on its brink when powerful nations tried to discover new vulnerable lands, and exploit them be it directly or indirectly. Slavery was common from the earliest record of time, but it never reached to its intensive and violent form until the start of 16th century which co-existed with the start of mercantilism and colonialism. These fragile nations in other words colonies were so dependent on mother countries which turned out to be the human factory of slaves producing slaves and sending them to mother countries. Not to ignore the fact that most of them were forcefully traded with absolute dehumanization and humiliation. Africa and south America are the main exploited and oppressed regions for the trade of slaves. The tyranny of this slave trade was that intense and incredible that it led to massive loss of lives due to barbarism of these colonial powers or famine and hunger faced while being carried on way from home to colonial powers.

Reckless government and exercise of monopoly
A nation would cease to function well if its government is corrupt or if it is concentrated on elite governors who monopolize the power and turn the state to work for their interest. It is quite evident and imaginable also seen realistically that wicked and frail governments always tended towards underdevelopment. Without having a benevolent and inclusive government a nation will always be in the confinement of poverty and wickedness. Thus, it behooves people to choose and examine their leaders carefully and dismantle the dreadful hierarchy of monopolies. A reckless, despotic and evil-spirited government will always undermine the prosperity of a nation and who is there to pay the price? Indeed, it’s the citizens who would drown in avalanches of grievance. Unlike the contemporary capitalistic system which restricts the intervention of a government; nations need an in-depth interference of a government which would utterly represent the whole citizens and acts benevolently.

Wealth concentration
The contemporary economic order has led to concentration of wealth among few governors or the dominant rich class of the society. It is a major issue arising in every corner of the world. The gap between poor and rich is incredibly increasing with more globalization and advancement; the affluent class are increasingly amassing the wealth and extracting from indigent.its surprising to see western great powers are stuck into pitfall of income inequality. In September 2019 Census Bureau reported that income inequality in the United States had reached its highest level in 50 years. Well one might wonder to ask why is it happening there? The answer is obvious: a vile and nasty economic system which tends to enrich a minor group and impoverish the rest. The wealthiest 1 percent of the world’s population now owns more than half of the world’s wealth, according a Credit Suisse report. This is brute and violent.

Dependency theory
First theorized by An Argentinian Economist Raul Prebisch who concerned the increasing dependency of underdeveloped countries on advanced economies. In simplest words this theory states “The peripheral (poor) countries are becoming dependent on core(rich) countries.” When the powerful rich developed countries started to colonize the poor regions; they pursued it by exploiting the labor force subsequently impelling them to produce only the goods which mother countries needed for instance, cheap and primary products with less value were supplied by colonies to be used in producing of highly industrialized goods. The price or value of the product and the terms of trade were deteriorated in dependent countries. Thus, these poor nations had no choice to work and produce for the mother counties. This is how the dependency worked. However, we can see it today. Most of the underdeveloped nations in east are dependent to the western powers be it in political,economic, or social aspects.

International developmental aids and funds
This is a very controversial topic in the mainstream economics which discusses the failure of foreign aids and loans. The sublime work of foreign aid theoretically can be efficient and beneficial. Nonetheless, in real life it worked in opposite direction. The beneficial work of foreign aid might be conspicuous in a very small portion, but the large portion of it is misused, depredated and squandered. The failure of foreign aid is self-evident truth in many poor regions of Africa and Asia. These foreign aids served for the interests of the corrupt leaders and divided among few dominant individuals. This would not be an exaggeration if I assert that foreign aid and loans are the instruments to make a country dependent and impoverish them more. Almost no country without any expectation from the opposite side would help financially the afflicted country. Of course, they are deemed to be given without having reciprocal form or bound by mutual gain . That’s true the donors would not want the payoff in financial means, but rather it has other aspect such as politics. This way the donors would prompt the receiver of the aid to support and serve the donor country. This is very obvious in international relations era whilst due to the rivalry of two nations (country A and Country B). A would aid B’s neighbor to lean on and campaign more to the country A and divert itself from country B. This is only one aspect, there are many other political, economic, geopolitical,cultural, and social aspects of these unilateral aids which need to be addressed in contemporary economic studies.International loans are merely there to burden the vulnerable regions and worsening their economy. The borrowers of these loans are confined within the misery of interest payments plus the principal. Africa is severely affected by these loans consecutively. Without the affordance of repaying the debt plus its interest they are just impoverished more and more. This all emanates from the tyranny of interest which transfers the wealth from poor to rich. It is piling up the wealth drastically and provide it to the lenders.

Civil wars
If the county is overburdened with its different factions fighting against each other then it would cease to grow. I have a very solid example from Afghanistan which gravely experienced civil wars and conflicts. The cost of it was ultimate impoverishment, humility, retrograde of the country, genocides,human and capital loss, physical and spiritual damage to the country and many more. To only underline the economic damages of these civil wars;It hampered the industrialization of the country and incurred dozens of losses to the production of the economy. Today, we see it evidently with our naked eyes that Afghanistan is outrageously exacerbated in its Economics.

Capitalist form of development in tandem with colonialism
The capitalistic mode of economy might have been even existed before 15th centuries, for instance, in ancient empires, but the method was different. Even in the ancient time there were free trade, free market but starting from 15th century onward with the beginning of colonialism it used a different way to expand the power and authority. Mainly the accumulation of capital through exploitation, annexation,slave trade and so on were the new methods. For instance Europe made itself  a great confederated power through its colonialism several centuries ago. The Spanish empire as one of the first initiators of European colonialism maximized its capital and wealth through extraction of gold and silver from Latin America or later in the British empire from Indian subcontinent and France from African regions. All these were driven by a capitalistic mode of governance which urged nations to amass capital and expand the production as much as possible and to disperse the authority and power towards colonies. Industrial revolution in Great Britain coupled with capitalist development led to the global supremacy of Britain. More trade had to be occurred with colonies and to be supplied with raw materials in order to increase power and hegemony. The core stimulus for industrialized Britain was the commercial and trade ties with colonized regions.

Gagauzia: History That Should Not be Forgotten

The First Signs of Israel Reaction to Turkey-Libya Maritime Deal 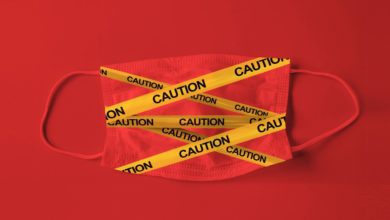 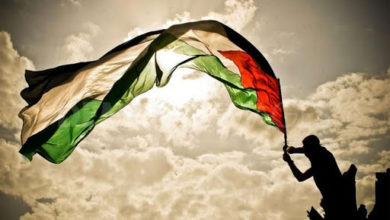 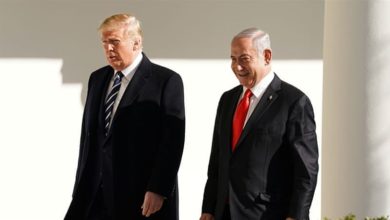 The price of Middle East peace 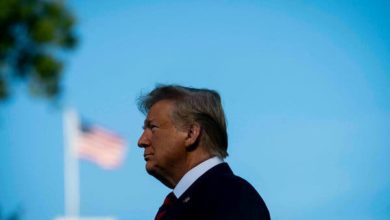