As the coronavirus disease 2019 (COVID-19) pandemic spreads worldwide, the public health crisis and response will lay bare China’s leadership aspirations as a great power. It is too soon to say precisely how the pandemic will change the broad contours of Chinese foreign policy, but it has already highlighted some of the frailties of the Belt and Road Initiative (BRI)—Xi Jinping’s signature foreign policy agenda to build traditional and digital infrastructure around the world. China has constructed its loosely-governed, $1 trillion infrastructure initiative to ensure that Beijing reaps many of the benefits, but this structure of governance has also created significant foreign dependencies upon China. Most BRI infrastructure contracts are given to Chinese companies, most projects rely overwhelmingly on Chinese labor and supplies, and BRI depends on the availability of massive amounts of cheap credit from Chinese banks. In becoming the epicenter of a global public health crisis with far-reaching economic consequences, China has also revealed the inherent vulnerabilities of an international initiative that is governed through its reliance on Beijing.

After attempting to bury early news of the virus for the sake of regime legitimacy, by February the Chinese Communist Party turned to a series of severe measures to control the virus’ spread. It halted international travel, quarantined cities, and imposed lockdowns across the country. The effects sent shockwaves both through the Chinese economy and internationally, with many countries facing ramifications from a Chinese slowdown. By restricting personal movements, public events, and business activities, hundreds of millions of people were unable to complete their daily routines. Today, as transmission of the virus begins to slow in China, Chinese people are beginning to return to work. Quarantines, lockdowns, and a ban on international travel for Chinese citizens may have been effective in slowing the spread of the coronavirus.

But China’s COVID-19 response all but halted the Belt and Road Initiative in its tracks. Work ceased along the China-Pakistan Economic Corridor, Cambodia’s Sihanoukville Special Economic Zone came to standstill, and projects across Indonesia, Myanmar, and Malaysia became stuck in holding patterns. A freeze on the flow of Chinese labor is a significant factor in these disruptions, with thousands of Chinese workers unable to return to their country of work. China has repatriated citizens working in Iran, for example, due to the spread of COVID-19 there—a measure it could apply to any BRI host country badly afflicted with the spread of the coronavirus, and one which will grind other BRI projects to a halt. At the recipient country level, more than 130 countries around the world have placed entry restrictions on Chinese citizens of individuals traveling from China. The Chinese government has lobbied BRI countries, including the Solomon Islands and Pakistan, to ease these travel restrictions. The longer that Chinese workers are unable to return to projects overseas, the longer the projects will languish incomplete, and some may be abandoned altogether (a phenomenon not unheard of, even within BRI’s short track record).

The COVID-19 crisis has also hampered China’s manufacturing supply chains, and BRI projects are predominantly reliant on Chinese, rather than local, materials and supplies. The pandemic has compromised the global supply chains that keep BRI projects moving forward, limiting the goods flowing  out of China to the point that China actually ran a trade deficit during the first two months of the year. China’s shuttered factories not only need workers to be released from quarantines to resume normal output, but also need restored supplies of raw materials, adequate stores of protective gear for workers, and active truckers and shipping ports to deliver their goods abroad. The global shipping industry was slowed to the point that more tonnage of container ships was idled around the world in February than during the worst points of the 2008 financial crisis. Today, about 60 percent of China’s small and medium-size companies have resumed operations. The pace at which BRI projects and their supply chains come back online will depend on the effectiveness of China’s containment of the virus and as well as the speed its broader economic recovery.

Moreover, China is facing down the COVID-19 public health challenge with its economy slowing to the lowest rates in three decades. Due to contractions in both industrial production and services production, it is estimated that China’s GDP shrunk by 13 percent during January and February. To help mitigate these effects, China’s State Council last week announced it will set up a coordinating mechanism for ministries to help businesses overcome supply chain bottlenecks, alongside other government support. Rumors recently surfaced that the Chinese government may be planning a massive stimulus package to revive the economy (though as others have noted there is some reason to be skeptical). Additionally, the China Development Bank has pledged to support coronavirus-hit BRI-related companies, although it is not clear if this support will be made available to Chinese companies only, or foreign firms as well. China will likely continue to face significant tradeoffs between public spending on domestic health and economic recovery and its financial subsidies for BRI in its response to the crisis. While it will take months to learn the full effects of COVID-19 for China’s economy, and the Chinese government is clearly working to offset them, COVID-19’s broader economic reverberations may themselves constrain BRI.

Meanwhile, the Chinese government is clearly trying to bolster its own global governance role by establishing itself as a counter-COVID leader in word and deed. CCP officials are working to shift the global narrative surrounding their delayed and often-harsh response to the outbreak by championing its eventual (and tenuous) success. China is even beginning to provide material aid to BRI countries afflicted by the pandemic, including to Italy where in a recent call between foreign ministers China announced plans to sell Italy with ventilators, masks, protective gear, and test kits. This week China made a similar pledge of medical support to Spain. If Beijing is remembered not primarily for its initial cover-up and harsh containment tactics, but as a source of eventual pandemic support, this will surely change the way that BRI countries see the wisdom of working closely with and relying on China.

It is far too soon to know, however, the extent to which many BRI countries themselves will be affected by the pandemic. Some BRI-participating developing countries are currently reporting relatively few COVID-19 cases, but this is likely due to a lack of testing and other forms of detection. Those with weaker healthcare systems—such Myanmar or Nigeria—may come under enormous strain, and may be far less able to put in place the types of virus-containment measures that China did, (much less replicate the successes of democratic South Korea or Taiwan) including widespread testing, quarantining, and extensive social distancing. Less-developed countries may also experience grievous economic effects of their own, which may in turn constrain their ability to service BRI-related debt later. If BRI were based on a different model of governance, however—centered on locally sourcing workers, suppliers, and manufacturers, engaging international infrastructure-building experts, and focusing on building local capacity—these shocks would almost certainly be differently felt. It may take months to see the ramifications of COVID-19 unfold in BRI countries, and as a result it is too soon to tell how perceptions of China and its global governance leadership will be reshaped. The answer will no doubt vary across cases, but it is highly unlikely that BRI will be the same initiative by this time next year. 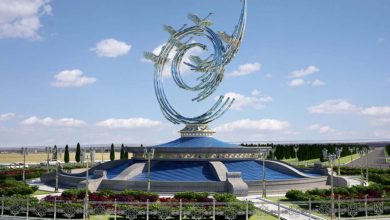 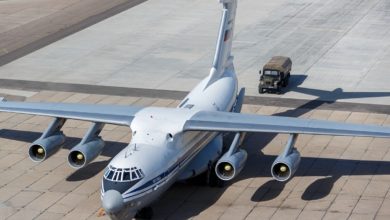 Russia sends plane with medical equipment to US 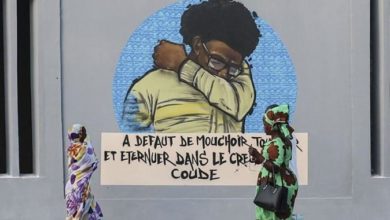 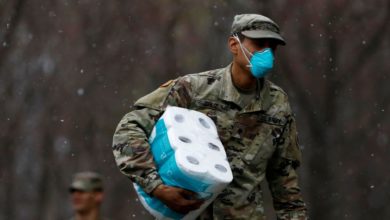