So many factors are considered when it comes to the efficacy of a healthcare system including its manpower, equipment, the policies behind how it functions, and how accessible it is.

A closer look at all these factors in the Arab world reveals that healthcare significantly varies in quality across the region.

As is the case all over the world, regional countries with better economies have managed to build better healthcare systems. They are therefore more equipped to deal with large-scale crises similar to the current novel coronavirus (COVID-19) outbreak.

Here’s a glimpse into the top five Arab healthcare systems in the region according to The Legatum Institute Prosperity Index, which ranked 167 countries in several different categories, including health.

The UAE has been significantly investing in its medical field for the past few years and constantly emerges as the region’s top healthcare system in annual statistics.

Last year, the country’s healthcare system topped all Arab countries in The Legatum Prosperity Index and ranked at number 47 out of 167 countries around the globe.

The Gulf state’s healthcare system is divided into a “comprehensive, government-funded health service and a rapidly developing private health sector.” The country also boasts an impressive healthcare expenditure per capita and has been technologically advancing its hospitals. By dedicating huge budgets to the field, local officials have allowed for the expansion of access and the development of centers equipped with the most modern and high-tech medical equipment.

Its ever-advancing medical system is helping the country maneuver the COVID-19 pandemic. The UAE has designated extra budgets to cope with the viral illness and is offering more testing services than several other countries.

As of Monday, the UAE has confirmed 153 cases of the viral disease along with 38 recoveries and two deaths.

Qatar’s healthcare system comes in second in the region after the UAE and ranks as the 48th best among 167 countries listed in the index. The Gulf nation spares no effort nor budget to ensure that its medical field is always advancing, which has bolstered the standards of its healthcare system.

Over the past three decades, the country has invested in building hospitals, laboratories, and medical centers while also focusing on hiring top-notch medical professionals from all around the world. These investments translated into “significant improvements” in the delivery of medical services and “in the health status of the population as reflected in all the health indicators,” according to the World Health Organization (WHO).

WHO also reported that life expectancy has significantly increased in the country, “reaching 74 years in 2002, compared with 53 in 1960.”

The country’s medical system is now being put to the test as it faces the novel virus’ outbreak. Qatar has reported 494 cases of the illness with no deaths so far.

Kuwait’s healthcare system is the third-best in the region as per the index and ranks 51 out of 167 nations.

The country’s medical system is split into public and private sectors, which have both undergone major improvements in the past few years. Most of the population continues to depend on public medical services but often seek government-paid treatment abroad for complicated illnesses.

Despite outranking several other Arab counties, Kuwait’s healthcare system is considered mediocre on a global level as more needs to be done to ensure that top care is provided for both nationals and expats living in the country. The nation has also been criticized for discriminating against expats when it comes to public healthcare as it designates specific hospitals for nationals and others for foreigners.

Governors of Kuwait’s medical system are readying it up to deal with the consequences of the novel coronavirus. As of Monday, there are 189 cases of the illness in the country. Experts believe that budget-wise, Kuwait won’t have much trouble combatting the disease but might face problems when it comes to manpower.

Healthcare in the country is provided to Bahrainis free of charge and is heavily subsidized for residents of the country. In previous decades, the country didn’t highly invest in its medical field but that has changed in the past 10 years. The nation developed its medical industry by utilizing modern medical equipment and implementing more advanced testing, in addition to opening more hospitals.

Today, the system faces the biggest challenge in its history as it joins the battle against COVID-19. The country has confirmed 339 cases of the virus and two deaths so far.

Oman’s medical system emerges as the fifth-best in the region and ranks at number 61 globally.

The country’s healthcare has completely transformed in the past few decades. Before 1970, its medical services were considered highly inadequate and only started improving after the nation’s Ministry of Health was established in 1971.

In the years since, Oman has developed a public health sector that provides good quality care for all nationals and residents of the country. The nation continues to invest in the field and aims to advance its facilities in the future.

When it comes to the battle against the ongoing virus, the country’s medical system is well-equipped but its government is adamant on taking every measure possible to lighten the load on its medical workers.

Oman has reported a total of 66 cases so far with 17 recoveries and no deaths.

Other Arab countries featured on the index ranked as follows:

Regional countries with struggling economies are failing to provide healthcare to their populations.

International health experts have expressed grave concerns over nations including Lebanon, Syria, Egypt, Iraq, and Yemen especially when it comes to the spread of COVID-19.

This is because medical systems in these countries are already drained and will likely be unable to cope with surges in the virus’ cases. 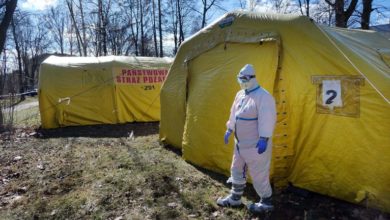 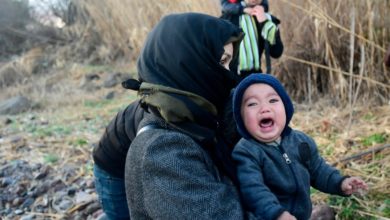 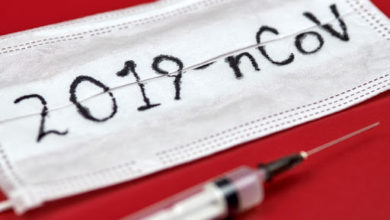 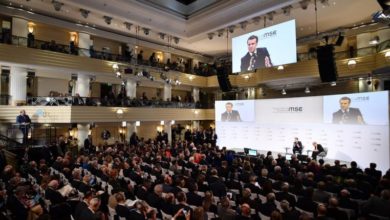