2020 dawns with a US airstrike. The significance of this strike, assassinating the head of Iran’s elite Quds Force Soleimani and Mohandes the Deputy Commander of Popular Mobilisation Forces presents a turning point in the geopolitics of Middle East.

Soleimani himself had once said to President Trump “You will start this war but we will be the ones to impose its end”. US-Iran tensions will escalate and Tehran’s will retaliate with its asymmetric capability. According to RAND scholar Ariane Tabatabai it will be “more strategic, more careful, planned approach,”[ii] by Iran.

As a trading partner and largest buyer of Iranian oil, China’s reaction must be monitored. China is also Iran’s ally as a part of the Belt and Road Initiative (BRI) which gives a clear interest to secure Chinese-Iranian interest in the long term.

The Gate of Supreme Harmony in the Forbidden City in Beijing is guarded by a pair of bronze lions of the Ming era, the female playing with a cub and the male who holds the world in his paw symbolizes power. Does China wish to hold the world in his paw? China is seen as a rising revisionist power [iii].The ancient silk road brought many symbolic and cultural values including the statues of lions to China from Central Asia and from the Buddhist traditions closer to Ming Dynasty. While I learned this during my recent visit to Forbidden City during the newyear. The modern-day Silk Road, the BRI has placed the Chinese economic inroads to many nations while certain Scholars believe China’s footprint to many developing nations is for global dominance, just as the symbolic gesture of the male lion.

China’s Vice-President Wang Qishan highlighted the importance of multilateralism at the Davos forum in 2019. The year before President Trump declared at the same forum that “We support free trade, but it needs to be FAIR and RECIPROCAL,the United States will no longer turn a blind eye to unfair economic practices, including massive intellectual property theft”. The US trade war with China has escalated and since, ripple effects have spilt towards many nations, especially those with Chinese large-scale infrastructure projects. This includes USA’s ally Israel and the Indian Ocean island of Sri Lanka, seen as a strong partner of China.

Chinese are altering a static nanometer to understanding geopolitics- which is geography. It is altering geography unlike any other nation from CPEC in Pakistan to Sri Lanka. In a recent example from Sri Lanka, Chinese projects effectively altered Sri Lanka’s western coastal geography by adding 269 hectares reclaimed from the sea for the Colombo Port City. Newly elected Prime Minister Mahinda Rajapaksa who elevated Sino-Lanka relationship to a strategic height during his tenure is back in power and visited the project site he himself inaugurated with the Chinese President Xi in 2014. Rajapaksa along with Chinese Ambassador to Sri Lanka Cheng Xueyuan officially declared the newly reclaimed land by the Chinese as part of the Colombo district last month.

The Hambanthota port- another Chinese project in Sri Lanka was leased out for 99 years by the previous government. It was a discussion point when the newly elected President Gotabaya Rajapaksa commented that he would revisit the agreement to ensure national security.

It is the first time in the island’s recent history that a Sri Lankan leader of National Security prioritized national security in negotiations to foreign projects- this is required and is commendable. What the previous Government rushed as a bailout due to difficulty in repayment of the Chinese loan came to the forefront with President’s comment, this was further explained by Prime Minister Mahinda Rajapaksa saying it was the media hyping of Sri Lankan President Gotabaya Rajapaksa’s remarks on Hambantota Port deal as “quoting out of context.The President didn’t mean there is any problem with sovereignty. What the President meant was that our government, unlike the previous one, has a principle of not privatizing assets,” further Prime Minister fully dismissed that China’s BRI as a ‘Debt trap’ refuted by Western media, “We are very confident that Sri Lanka can very clearly repay the loans for the Hambantota Port and other development projects. Today, the economy has collapsed but when we rebuild it, paying back loans won’t be a question,” Rajapaksa said [iv]. What President Gotabaya said on ‘national security’ will be an interesting factor when carefully examining another silent port project unfolding in different geography which has become a security concern, Haifa.

When the eastern border of Israel was blocked the strategic port of Haifa along its western shores was a single gateway to the rest of the world. Conquered by the Crusaders in the year 1100 Haifa became the main port for the ancient city of Tiberius. As rightly predicted by Theodore Herzl in 1902 in Altneuland, Haifa was to become a strategic port in the future for the nation of Israel. We see this prediction unfolding particularly in this century. Haifa in naturally endowed with 700,000 SQM of natural bay along the Mediterranean coast. It is a blessing with its natural deep-water geography. A new container terminal ‘Bay Terminal’ was built to handle 800,000 TEU container movements annually by 2021. The terminal will be operated by the Chinese, Shanghai International Port Group (SIPG) who has won the international tender to operate for 25 years. This adds Haifa to the Chinese Belt and Road initiative. While the US Sixth Fleet is docked at the same port, the Chinese will be operating a port which has raised a significant security concern for the US and Israel security experts. Shin Bet- Israel’s top intelligence agencies chief Nadav Argaman warns “Chinese influence in Israel is particularly dangerous in terms of strategic infrastructure and investments in larger companies[v],”  His comments further requested Israel’s The Knesset (Israel’s Parliament) to pass legislation to monitor foreign investment in Israel. The same fear was articulated by US congress report on National Defense Authorization Act 2020 section 1289 [vi], stating ‘The committee recommends a provision that would express the sense of the Senate that the United States has an interest in the future forward presence of the United States naval vessels at the Port of Haifa in Israel but has serious security concerns with respect to current the leasing arrangements of the Port of Haifa. Therefore, the provision would express the view that the United States should urge the Government of Israel to consider the security implications of foreign investment in Israel.’

Thus, despite the US fear, Israel has increased its trade with China to 73% in 2018 to US$2.8bn. This shows bilateral economic interest regardless of US sensitivity to Chinese acquisitions and infrastructure diplomacy in Israel. It appears Israel is moving ahead strengthening the Chinese relations. In the same manner, Sri Lanka has increased its trade with China despite the external security concerns and fear especially from its neighbour India.

China has become the largest donor and trading partner to Sri Lanka. Economic attractiveness and availability of Chinese loans leaves other nations with limited space to win large scale infrastructure projects. Viraj Solanki from IISS rightly observes that ‘New Delhi cannot match the level of spending offered by Beijing for infrastructure projects in Sri Lanka – these include US$1.4 billion in backing for the ambitious Colombo Port City project – but it clearly views security cooperation($50m offered during President Gotabaya’s inaugural visit), and in particular counter-terrorism cooperation, as an area in which it does have scope to strengthen relations with the new Rajapaksa government.[vii]’

Highlighting the importance of Chinese investments Prime Minister’s Economic Advisor Ajith Nivard Cabraal, former Governor of Central Bank during Mahinda Rajapaksa’s Presidency said that ‘Hambantota Port, which reported 60% growth in shipment volumes in 2019, is one of the most important and strategic assets for the country and that the Government is keen for the port to play a leading role in the economy in 2020.’[viii] While there is a higher expectation of return from the Chinese projects, Sri Lankan experience is often highlighted as an example of the dark side depicted by many western analyst and media as a ‘debt trap’ diplomacy or ‘predatory loans’ to lock in strategic assets.

Jean Francois Dufour Economist and Director of DCA China Analysis comments that “the sums invested by China are not donations but loans with consequences. The opponents of China, like India painted the entire operation as deliberate plan to acquire strategic positions in the region”[ix] warning the same could happen to Italy’s Trieste port as Italy is already a partner of BRI.

However, this critical view is not accepted by many receiving nations such as Sri Lanka. BRI is seen as an ambitious foreign policy strategy to bring the developing world under the Chinese orbit. One of the fears in the developing world is that BRI would likely institutionalize a Chinese authoritarian model undermining the existing democratic and economic model in many nations. These nations could disregard these fears if the respective Government’s adopt a transparent model. In the case of Sri Lanka, the 99-year lease agreement was not discussed at parliament and it was rushed and signed without any strategic inputs by the previous Government.

In light of the comment of the newly elected President Gotabaya Rajapaksa, we can anticipate the present Government will follow a novel process to reign in a strategic dimension in assessing the long-term strategic implications to national security before leasing out strategic assets. 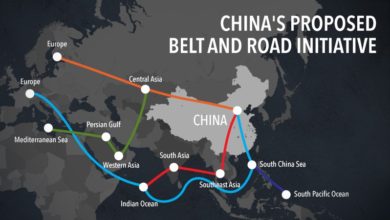 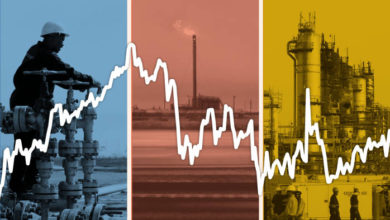 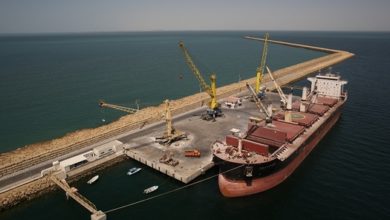 US has shown understanding of Chabahar Port