The former Lebanese Prime Minister, Rafic Hariri, was assassinated on 14 February 2005, when nearly 1,800 kilograms of TNT explosive hidden in a Mitsubishi van was detonated next to his motorcade as it was driving past the St. George Hotel in Beirut.

The blast created a crater thirty feet wide and left 23 people dead, including former Minister of the Economy Bassel Fleihan and several of Hariri’s bodyguards. The former prime minister was buried alongside his bodyguards adjacent to Mohammad Al-Amin Mosque in Downtown Beirut.

Born on 1 November 1944, in the southern city of Sidon to a modest Sunni Muslim family, Hariri studied at the Beirut Arab University, before moving to Saudi Arabia in 1965. Initially, he found employment at a construction firm, and later established his own business, Saudi Oger, in 1978. Much of the work involved building hotels, convention centres and palaces throughout the Middle East, which allowed Hariri to amass a fortune.

He returned to Lebanon in the early 1980s and, by then a millionaire, started funding national projects and donating to victims of the Israeli-Lebanese conflict. In 1983, Hariri launched his political career as an advisor to Prince Bandar Bin Sultan in Saudi Arabia, and established the Hariri Foundation, which supported nearly 40,000 Lebanese students to study abroad in Europe and the US.

After his assassination, there were several other bombings and assassination attempts against anti-Syrian figures, including senior intelligence officer Samir Shehade, who was involved in investigating Hariri’s assassination. Shehade was seriously injured in September 2006.

Initial reports from the UN after Hariri’s assassination implicated the Syrian government, after lawyers allegedly received evidence linking Bashar Al-Assad’s telephone to the case. However, a Canadian broadcasting company claimed to have unearthed evidence that Hezbollah was responsible. Hezbollah, meanwhile, alleged that Israel was accountable, and said that the attack was planned by Israeli spy agency Mossad as a scheme to remove the Syrian army from Lebanon.

To date, four Hezbollah members have been tried in absentia by the Special Tribunal for Lebanon in connection with the assassination of Rafic Hariri. However, a verdict is yet to be announced, despite the tribunal hearing the closing statements in September 2018. One of the four, Salim Jamil Ayyash, was charged with assassination attempts on four former ministers on 15 September 2019, but the Hezbollah member has never been apprehended.

Prior to his political appointments in Lebanon, Hariri was widely credited as a major player in putting together the 1989 Taif Agreement, which brought the 15-year civil war to an end and established a power-sharing constitution which has become the basis of Lebanon’s political system. The agreement ensures representation of all major religious sects in government, with a Maronite Christian president, Sunni Muslim prime minister and Shia Muslim speaker of the house.

Unsurprisingly, Hariri was elected as an MP in 1992 and rapidly became the first post-civil war prime minister under President Elias Hrawi. Only a week after his appointment, Hariri formed the first government constituting equal numbers of Muslims and Christians.

Taking the helm of a country destroyed by 15 years of civil war, Hariri focused on his area of expertise, the redevelopment of infrastructure. The “Horizon 2000” project focused on securing foreign investment and sought to make Beirut the financial and trade capital of the Middle East. Though the policy was criticised for its concentration on infrastructure, and saddled the country with a burgeoning national debt, the scheme produced a 6 per cent increase in national income between 1992 and 1993.

For all of Hariri’s post-war heroism, academics came to view him as the man from the Gulf, more comfortable running a company than a country, and overly concerned with his image. Hariri established Solidere, a joint stock company, in 1994, to accelerate the gentrification of Downtown Beirut. However, the company turned Beirut into a microcosm of Lebanon, with glitzy souks in the Downtown area encircled by empty high-rise buildings and surrounded by a sprawling metropolis of dereliction and poverty. It is considered an open secret that in the 1990s Hariri’s Solidere forcibly seized properties in Downtown Beirut earmarked for gentrification, and compensated owners only a fraction of their worth. Solidere became synonymous with corruption and international interference in Lebanon.

Hariri’s chequered history resulted in him losing the premiership after a feud with the pro-Syrian President Émile Jamil Lahoud in 1998. Hariri returned in October 2000, but resigned again in October 2004, after his relationship with President Lahoud failed to improve. In his resignation statement, Hariri protested against a Syrian-backed constitutional amendment which would extend Lahoud’s term as president for another three years. Some have said that this move cost him his life.

Hariri was brazenly nepotistic and prone to giving away public funds, and has become an emblem of the rampant corruption that has plagued Lebanon since the end of the civil war. The former prime minister’s wealth grew from less than $1 billion when he came to power in 1992, to over $16 billion at the time of his death, leading many in Lebanon today to view him as little more than a thief.

However, the Hariri family have become a staple of Lebanese politics. Rafic Hariri influenced national politics heavily, perhaps more so than any politician since the civil war. Despite evident corruption, his assassination transformed the “Mister Lebanon” figure into a martyr, and catalysed the Cedar Revolution of 2005, his crowning achievement.

You Can’t Make Peace With the Ocean: Modern Challenges of Climate Change

Can the “World’s Second Superpower” Rise From the Ashes of Twenty Years of War? 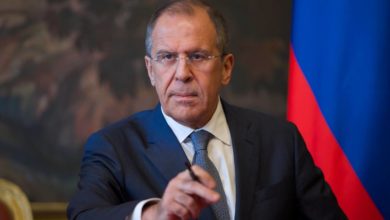 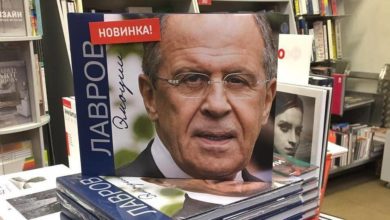 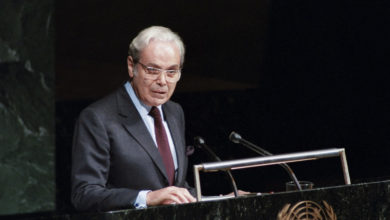