A Thai soldier has killed at least 17 people in a mass shooting and taken hostages inside a shopping mall while taking selfies and livestreaming on social media, according to officials and local media.

The active shooter situation occurred in a shopping center in Korat, also known as Nakhon Ratchasima, in northeast Thailand. The suspect, reportedly an Army sergeant, used an assault rifle to kill at least 17 people in area. Several others are wounded.

According to reports, the gunman has taken hostages on the fourth floor of the mall and Thai special forces are preparing to storm the building.

Police also warned people stuck inside the mall to hide in a safe place and to mute their mobile phones.

A video posted to social media show people fleeing the scene as security forces stand guard outside the mall. In another clip, a large fire burns near the building.

Thailand media have reported that the shooter took selfies and live streamed during the attack. One of the purported photos shows the suspect wearing a combat helmet and a face mask as he holds up an assault rifle.

Social media users posted what appear to be short clips of a livestream, with the suspect panning the camera to show the area around him. The gunman reportedly posted status updates on Facebook during his rampage, including “Should I surrender (give up)?” and “Well I stopped already.” Before carrying out the attacks, he posted an image of a pistol with bullets, captioning the photo: “It’s time to get excited.”

His Facebook page was shut down shortly after he began the attack.

President Al-Sisi's One Year as Head of the African Union

Macron says France not ready to reduce its nuclear arsenal 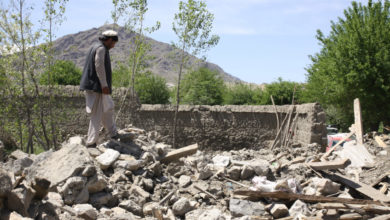 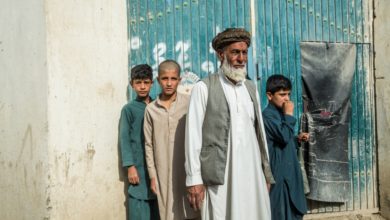