RT – Around two-thirds of Oregonians disapprove of the protests that have gripped the state’s biggest city for over 100 days, while the majority see them as ‘mostly violent’ and police response as too lax, a poll has found.

Conducted by the non-partisan, Portland-based DHM Research firm this week, the survey has revealed that Oregonians have grown increasingly disenchanted with the unrest, with 66 percent of the voters taking a dim view of the protests and only about 31 percent approving of it. 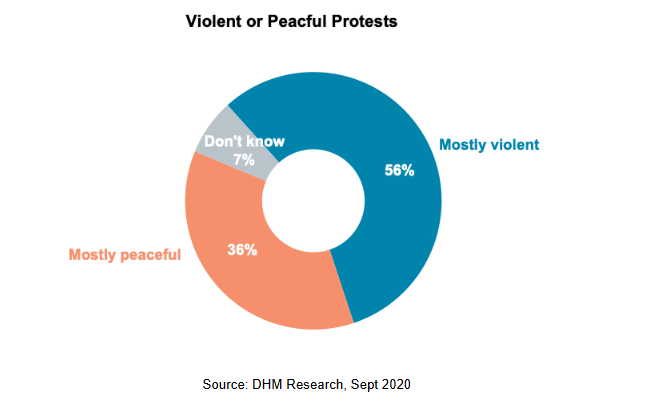 Among those who live in the Portland metro area, sixty-one percent disapproved of the protests while some 36 percent were positive about them.

More than half – 55 percent – of the respondents believe that “riot” is the more accurate description for the nightly disturbances, while 37 percent see them merely as “protests” that occasionally spiral into violence, vandalism and arson.

While the protests were supposed to champion the cause of black Americans, and black Portlanders for that matter, the majority of Oregonians polled believe that they did not only fail to achieve this but made matters even worse.

When asked if the protests “have been more helpful or harmful to Black Portlanders,” 48 percent said that they were either “somewhat harmful” (17 percent) or “very harmful” (31 percent), while only 29 percent of Oregonians opined that they were helpful to some extent.

Nearly half of the respondents – 49 percent – said that the unrest has undermined the efforts to propel police reforms, while 53 percent believe they have hurt race relations instead of  mending them. Only 27 percent argued that the protests helped to trigger changes in policing. 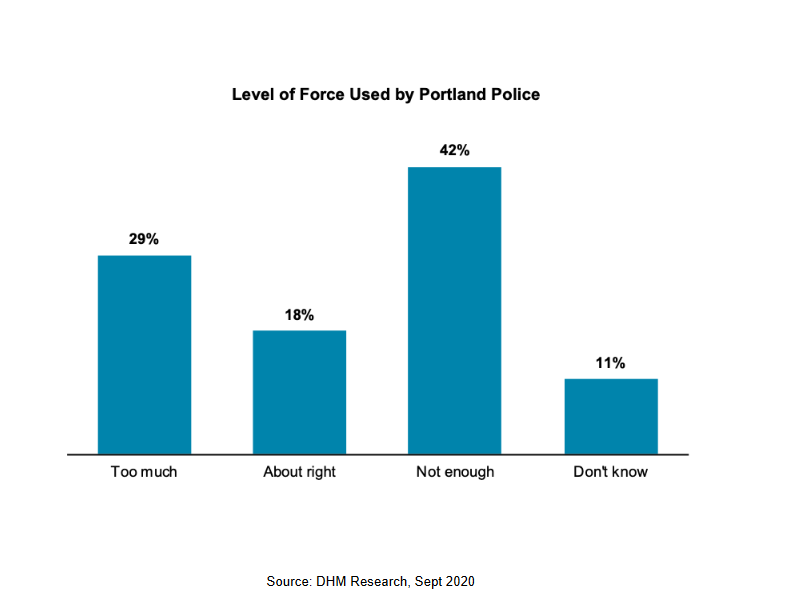 While the Portland City Council was one of the first local legislatures to pick up the rallying cry from Black Lives Matter activists to defund police, cutting some $15 million from a new police budget as far back as June amid allegations of disproportionate use of force by officers, forty-two percent of Oregonians now say that the police went too easy on rioters.

The survey was conducted online between September 3 to September 8 and included answers from 502 respondents from all over the state.

Mike Pompeo: US troops could withdraw from Afghanistan by spring

Ruth Bader Ginsburg helped shape the modern era of women’s rights – even before she went on the Supreme Court
September 19, 2020

The poisoning of Alexey Navalny: Five key things to know