Iranian President Hassan Rouhani has been visiting Iraq this week—a friendly, extended visit that has yielded several bilateral agreements on trade and transportation. Such an event causes heartburn, of course, within the Trump administration and for others who believe that the only useful thing to do to Iran is to try to isolate and cripple it.

History and geography have pushed Iraq and Iran to strive for close and cordial relations today.  It is the sensible thing for each state to do. And Americans need not suffer heartburn because of it.

Iraq and Iran share a 900-mile border and at times have shared difficulties along the border such as restive Kurdish minorities and an old boundary dispute along the Shatt al-Arab waterway. Such geographic cohabitation has long carried the potential both for trouble and for cooperation. The shah of Iran, for example, assisted an insurgency by Iraqi Kurds as a form of pressure on Baghdad but stopped doing so as part of an agreement in which Iraq made concessions regarding the location of the boundary along the Shatt al-Arab.

A formative experience for both countries was the devastating war, which Saddam Hussein started, between Iraq and Iran in 1980-1988. The war caused hundreds of thousands of casualties. For Iranian leaders, the indelible lesson was the need to have a regime in Baghdad friendly enough toward Iran never to do what Saddam did. Iraq, which also suffered mightily in the war, came away from the conflict with similar lessons about the need to have a stable relationship with its neighbor to the east.

The Trump administration’s effort to get everyone in the world to join in its campaign of ostracism and punishment of Iran is colliding with these geographic and historical realities. Iraqis of various political stripes see the U.S. coercion of Iraq to join the pressure campaign as a misguided attempt to export an obsession and as contrary to Iraq’s own interests, and the Iraqis resent it. The resentment was clear last month when President Trump said in an interview that he wanted to keep a U.S. military base in Iraq “partly because I want to be looking a little bit at Iran because Iran is a real problem.” Iraqi President Barham Salih spoke for his countrymen when he responded, “Don’t overburden Iraq with your own issues…We live here.” The senior and highly respected Shiite cleric in Iraq, Grand Ayatollah Ali al-Sistani, stated, “Iraq rejects being a station for harming any other country.”

In addition to the security reasons that both Iraq and Iran have for keeping their relationship stable and not making trouble for each other, there are economic reasons.  Iraq as well as Iran needs the bilateral trade.  Iraq especially depends on imports of Iranian natural gas and electricity to meet its energy needs.  Iraqi Prime Minister Adel Abdul Mahdi notes how Iraqis suffered from a U.S.-imposed economic blockade during Saddam Hussein’s rule and states, “Iraq will not be part of the sanctions regime against Iran and any other people.”

Iraq and Iran still have their differences and disagreements, but Iraqis are aware that the most consequential thing Iran has done in Iraq in recent years has been to assist the Iraqis in liberating the large part of western Iraq that had come under the rule of the so-called Islamic State (ISIS or IS). Iran has been the most important source of outside assistance in defeating IS—assistance that is unburdened by any talk about keeping military bases on Iraqi soil for the unrelated purpose of “looking” at rivals of Iran. Awareness of this assistance is probably one reason Rouhani has enjoyed a successful visit with all the trimmings, including a full slate of meetings with Iraqi officials, businessmen, and tribal leaders. In contrast, President Trump’s foray into Iraq last December was a quick, unannounced, middle-of-the-night drop-in to a U.S. military base without meeting any Iraqi leaders.

One of the principal consequences of the regime-changing war that an earlier U.S. administration launched in Iraq 16 years ago has been a marked increase in Iranian influence in Iraq. Now a different U.S. administration is apparently bent on changing another regime while exhibiting similar disregard for, or misunderstanding of, relevant regional realities and likely consequences. The makers of the 2003 war surely did not intend to increase Iranian influence in Iraq, and thus the heightened influence must be considered another failure of that war. But now that the influence exists, it is not worth losing any more American sleep over it, at least not without asking “influence for what?”—especially given that the most conspicuous objective Iran has pursued in Iraq is one the United States shares: the defeat of IS.

The United States still has an interest in post-Saddam Iraq being a stable, prosperous, and peaceful country. It thus is against U.S. interests to pressure Iraq into participating in economic warfare that is damaging to Iraq itself.

It also is against U.S. interests to pressure the Iraqis into violating their own constitution—a constitution written with U.S. encouragement and tutelage after the ouster of Saddam, partly with the aim of preventing the country from again becoming a participant in regional conflict and strife the way it was under the late Iraqi dictator. One of the “fundamental principles” enshrined in that constitution as Article 8 is:

“Iraq shall observe the principles of good neighborliness, adhere to the principle of noninterference in the internal affairs of other states, seek to settle disputes by peaceful means, establish relations on the basis of mutual interests and reciprocity, and respect its international obligations”

Protesters broke through to the presidential palace in Belgrade 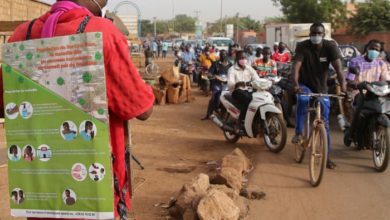 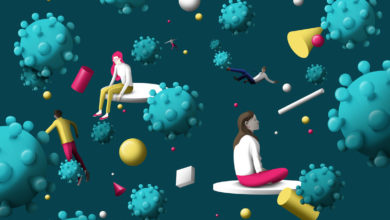 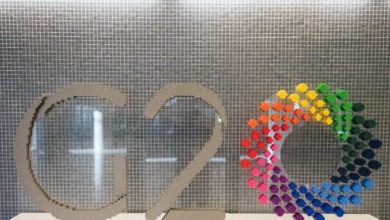 G20 Summit is over, statement released 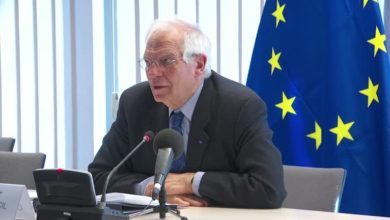